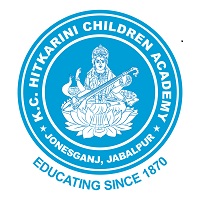 Hitkarini Sabha, the pioneer in education in central India was established on the banks of the sacred river Narmada and native land of Saint Jabali in 1868 AD. In the General meeting of Hitkarini Sabha held in 1871, action plan for the development of multidimensional Higher Secondary School was proposed and approved and thereafter with 6 students a Higher Secondary School in the name of Indian School was established.

Later, in a meeting of Hitkarini Sabha on 21st March 1903, the name was changed to Kasturchand Hitkarini School to honour the donation of the family of Sawai Singhai Bholanath Jain who requested naming of the school in the name of Shri Kasturchand ji.

The dignified members of Hitkarini Sabha have given their major contribution in guiding the literary, cultural, administration and all round development of educational values of the school.

Pandit Ravishankar Shukla has added glory to our organization by serving his duties as a teacher.

Innumerable students of our school successfully find their place in the society in different fields of social work, politics, academics, civil service and cultural areas.

By the influential effort of one of the prominent members of Sabha Shri Anand Mohan Pathak, the then secretary of Primary Section on 1st July 1997 Kasturchand Hitkarini Children Academy was established under the guidance of Smt. Ratna Kumari Devi, then President of Hitkarini Sabha.

Presently the school has Nursery to XII classes and Mrs. Archana Gupta is working on the post of Principal. It is a self financed school. 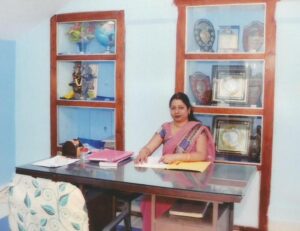